Firebase enables apps with Phone Authentication feature but when testing your app you might have received the following error.

We have blocked all requests from this device due to unusual activity. Try again later.

This user usually occurs when you have received too many OTP’s within a short period of time.  And we have to wait for an hour to start using the Phone Authentication feature again.

Recently Firebase has added a feature to add test numbers. This can be found under Firebase Console -> Authentication -> Sign-in method -> Phone 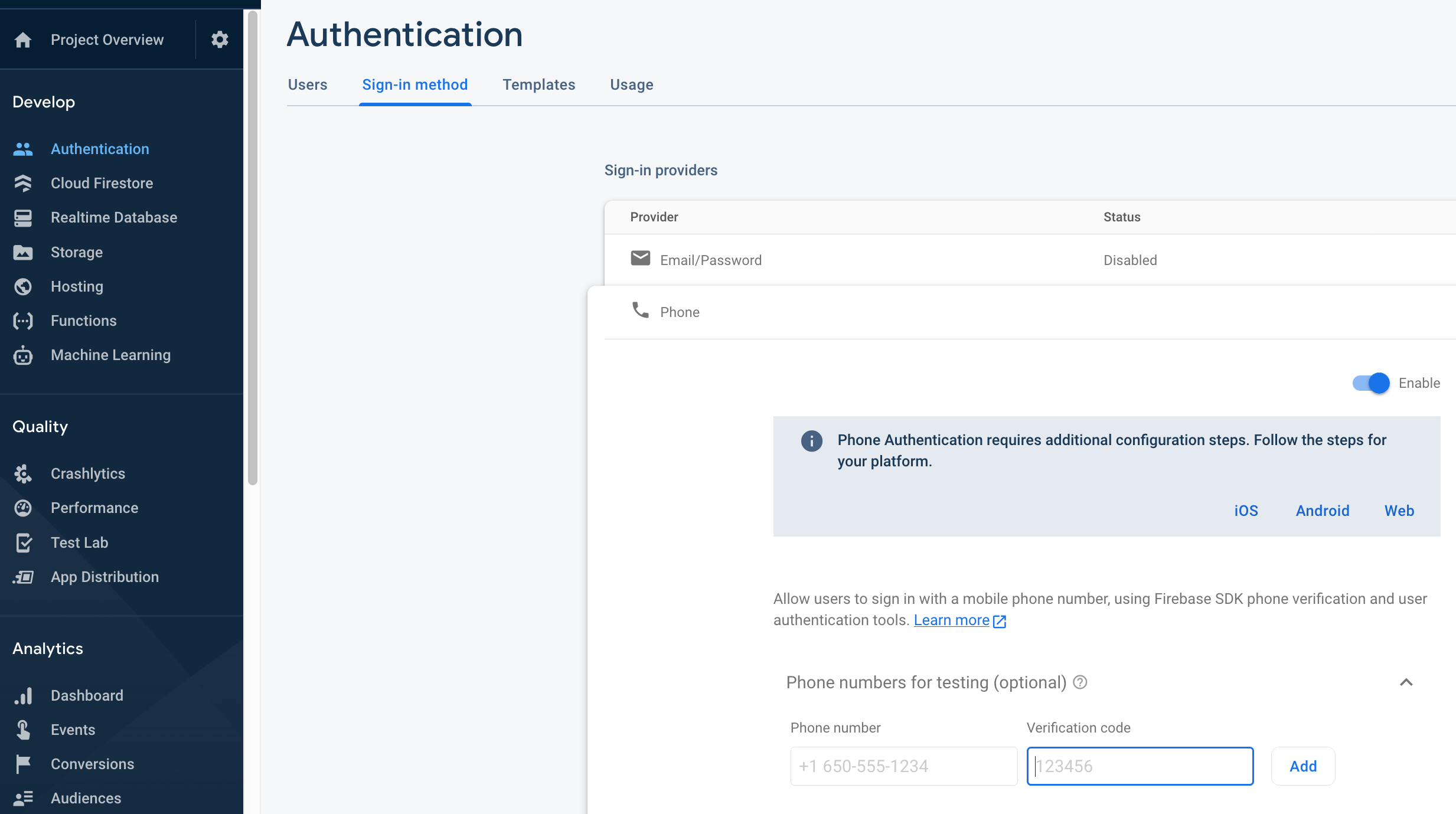